This page was most recently updated on December 22nd, 2021

Coronation used to be in June. Summer was the end of the year instead of the middle. Winter Cotillion was originally a Christmas time function to raise money and collect toys for needy children.

Emperor Bill and Empress Fran changed the event to be a Winter Cotillion. There were to be contestants for Prince and Princess of Snow.

As the years went on, Winter Cotillion became scheduled in the beginning of the year. Coronation had moved to November to be more cost effective. Now, the Christmas season was really close to the new Monarchs stepping up. There was still the need to celebrate Investitures. Therefore, Winter Cotillion ended up marking the end of the first quarter of the year.

In recent years Winter Cotillion has been scheduled in late February and early March. Monarchs know it cannot be scheduled after the 22nd of March, the first day of Spring. The event has been more of a challenge recently because Denver and Colorado Springs have enjoyed attending Seattle’s Coronation. Our Texas brothers and sisters also enjoy our visits to Houston. There has always been scheduling issues with all the State Functions, but Winter Cotillion has endured the most changes.

Winter Cotillion is also the event where the Monarchs from the year before announce the funds raised during their reign. With the help of the Treasurer, the Monarchs from the previous year are able to close the financial books of their reign and donate funds to the community. Between November and February, all the bills are paid and the accounting is balanced with the bank and the community. 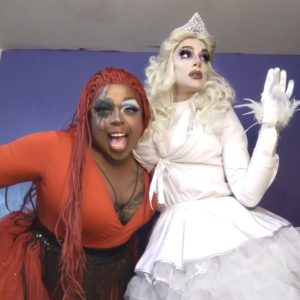 Since Reign VII, the Debutantes have been people in the community who were new to the Court. Not everyone has to be young like other Debutantes. But, the contestants are encouraged to make the event their “Coming Out” party to the Court. Coming out as a member of our organization is different from coming out of the closet. We are non-discriminatory, and we want the entire community to feel a part of our success. The new Debutantes get to meet new people and learn from the experienced line members and Regents.

The Prince and Princess of Snow Competition has rules.

The Prince and Princess of Snow use their titles for one (1) year, or until the next Winter Cotillion. Many past recipients of the award have moved on to higher office. It is not a lifetime title. This pageant is a stepping stone towards achieving larger responsibilities.

We encourage our community to get involved and strive for greatness while having fun doing so.

Doors at 5pm, event at 6 pm.  Admission is $25 General Admission and $20 for Member Admission.

You are cordially invited to join Emperor 46 Matt Gomez, Empress 46 Mesha Narie Fierce, and all of Reign 46 for Winter Cotillion. During the event, we will be giving away the funds that were raised during Reign 45 to designated charities.
You can reserve a table at ClubQonline.com. Doors open at 5:00 PM, show starts at 6:00 PM. Dinner will be provided.
Cost:
$25 – Non-Members
$20 – Members
Not a member? You can join today by going to https://ucppe.org/joinus/. Dues are $25 a year due every May 1.