The Black and White Ball 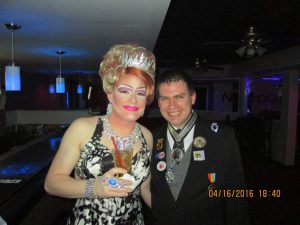 Coronation used to be in June. Dorothy Brown supported the court in its early years. She is one half of the Steve and Dorothy Humanitarian Award. When she died, she was laid to rest the first day of Spring.

At the end of Empress VIII, Lyda Rose’s, reign, the Dorothy Brown function was changed to “Black and White Ball.” The event was still scheduled very close to Spring. Winter Cotillion was still occurring near Christmas time.

However, after Coronation was moved to November, it was difficult to schedule Black and White Ball in the Spring since Winter Cotillion and Investitures were already moved to the first part of the Imperial year. Black and White Ball ended up moving to the summertime, marking the end of the second quarter for the Monarchs.

Black and White Ball has kept to the tradition of honoring the King Father and Queen Mother. The titular heads of the Council of Regents are seated in the Emperor and Empress thrones, moving their Majesties to the PR thrones. Funds are still raised for our Seasoned Citizens of Southern Colorado through the different organizations we serve. 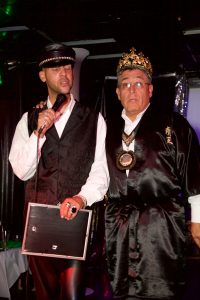 Recently, since Black and White Ball is scheduled near June, the newly elected Monarchs from our Mother Court, the Imperial Court of the Rocky Mountain Empire, have their first in-state walk, sometimes, their first out-of-realm walk.

The King Father and Queen Mother

The King Father and Queen Mother are elected by the Regents to serve as the titular heads of the Council of Regents. They offer advice to anyone who seeks it, but primarily, the current reigning Monarchs. As experienced Monarchs, themselves, they serve as a safety net for the current reign.

The King Father and Queen Mother sit on the thrones during Black and White Ball. In the past they have been involved with the theme of the event.

Tickets can be purchased at the following links:

Not a Member? You can join the court at https://ucppe.org/joinus/

or you can renew your membership here: