Let it be known, throughout the Empire of the United, Royal, Sovereign, Imperial Court of the Rising Sun Empire of Southern Colorado. Empress Tracy Diane VI and XI will hold the title of, the Living Legend of all Legends to all Empresses for Life. In Southern Colorado. On this day, August 26, 1989.

By the power vested in me,

The Freedom of the Yellow Rose
Empress XIII Barbara Grannis

During the last year, the Thirteenth reign has helped raise thousands of dollars for various charitable causes by requiring that the entertainers of these benefits donate all of their tips towards the cause.

Therefore, let it be known throughout the Empire of the United Royal, Sovereign, Imperial Court of the Rising Sun Empire of Southern Colorado. That from this day forward, Saturday, August 26, 1989, that all designated fundraising benefit events and designated benefits show that all entertainers who participate in such benefits shall be required to donate all of their tips towards the benefit.

Furthermore, that the Court shall insure that at least eighty (80%) percent of the net benefit proceeds shall be delivered to the recipient or cause for which they were intended and that the Court may take no more than twenty (20%) per cent of the net proceeds to help cover expenses and costs incurred in the production of the benefit and to help promote the continuing existence of the Court as a Charitable Organization.

Finally, it shall be up to the Reigning Emperor and Empress if they desire to override any portion of the twenty (20%) percent that does to the Court and apply up to one hundred (100%) percent to the benefit cause. As long as the Reigning Monarchs are in agreement in this matter then they must abide by the majority vote cast by the Board of Advisors.

Over the past year, the Court has consulted a lawyer and had its entire set of By-Laws reviewed, expanded and rewritten. With the changes taking place in our Court today, it shall be required that the Board of Advisors be expanded from a seven (7) member Board to a nine (9) member Board. In so doing, and in accordance with State and Federal laws, all positions on the Board of Advisors shall also eventually become elected positions, elected by the majority vote of the general membership of the Court.

Therefore, let it be known throughout the Empire of the United Court of the Rising Sun Empire, that on this day, Saturday, August 26, 1989, that the two (2) new Positions shall also be Members at Large and shall serve for one year or until the following Coronation, making three (3) elected Member at Large positions on the Board.

The positions of President, Vice President, Treasurer and Secretary shall remain two (2) year terms. These positions shall be elected in a separate election through the General Membership to occur no later than the End of March each year. Written notification to all Court Members must be mailed sex (6) weeks prior to the elections informing them of the date of the upcoming elections and the deadline, set by the Board, by which time they must complete an application should they choose to run for a position on the Board. Written notification to all Court Members must also be mailed no later than fourteen (14) days prior to the elections, notifying members of the candidates, and the place, and time at which these elections shall occur.

Beginning in the year 1990, and in reoccurring even years, the positions of President and Treasurer shall be elected for two (2) year terms. The Positions of Vice President and Secretary shall be elected for two (2) year terms beginning in 1991, and in reoccurring odd years. In the interim the Board may extend the terms of these two positions or appoint temporary replacement until the election in 1991. The only restrictions placed upon these elected positions are the following:

They must been Court Members for at least one full year prior to the elections.

They must reside in Southern Colorado within the Realm of the United Court of the Rising Sun Empire.

Any candidates for the position of Treasurer must meet specific requirements set by the B.O.A. and approved by a 3/4 majority vote of the Board.

Any candidates for the position of Treasurer must meet specific requirements set by the B.O.A. and approved by a 3/4 majority vote of the Board.

Let it be known throughout the Empire of the United Court of the Rising Sun Empire, that from this day forward, Saturday, August 26, 1989, that the process for selecting Queen Mother or King Father shall be chosen by a combined majority vote to the Council of Regents and the Board of Advisors present. Should a member of the Council of Regents also be seated upon the Board of Advisors, then this person shall only have one vote in this process.

Once the Queen Mother or King Father has resigned or been removed from office, the process for choosing a replacement for Queen Mother or King Father shall be by written notification to all Court Members and the Council of Regents. This notification must request that anyone whom wishes to apply for the position contract the Board and complete an application by a date set by the Board. The date for the application deadline must occur no later than forty-five (45) days after the position has been vacated, and the Voard and Council of Regents must meet and vote upon the replacement and install them no later than sixty (60) days after the vacancy occurs. The Board may appoint a temporary replacement to the vacancy during this transition period. However, should a situation arise during this transition period that would call for this person to assume the position of Emperor or Empress, then they first must be given the approval of both the Board and Council of Regents before being installed in office.

Qualifications for Queen Mother or King Father shall be based upon both past and present involvement with the Court, overall knowledge of the Court, their willingness to assume the position of Emperor and Empress, should it become necessary, and their continuing active involvement with the Court and fulfillment of their role as Queen Mother or King Father. These rules shall consist of acting as primary advisors to the Reigning heads of States, their attendance at Most proclmated functions, particulary Black and White Ball, Campaign Kickoff Question and Answers, and Coronation. No other restrictions from qualifying may apply.

Furthermore, the Queen Mother or King Father, may be removed by the Board and the Council of Regents, if it is found that they are not fulfilling the requirements and duties of their position and or they have left the area for more than thirty (30) days without a leave of absence. Second, a leave of adsence may not be granted by the Board for more than sixty (60) days. 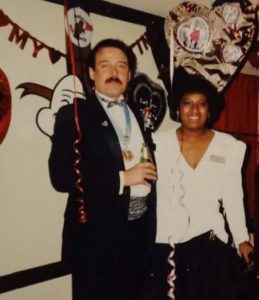 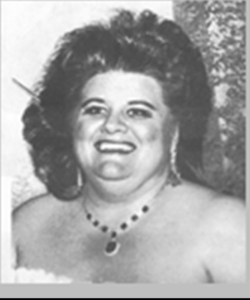 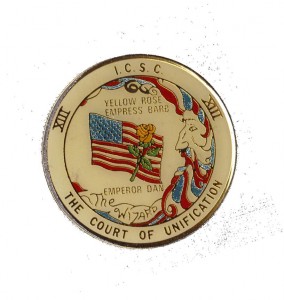