The first Member At Large will be responsible for promotion of the United Court, meaning he/she will work with the reigning Monarchs to insure that there is a representative of the United Court at major meetings of other gay organizations in our realms.

The second Member At Large will be responsible for over-seeing the committee who will be assigned to major court functions. Such as, Winter Cotillion, Black and White Ball, etc. It will be the Member At Large responsablity to insure the Court’s revenue is not being mishandled on excess production and/or decoration.

The third Member At Large will be responsible for memberships and a promoting membership committee. This Member At Large is to keep the membership records updated and current for the reigning Monarchs. Promote new members and remind past due members of the need to renew. As of this day forward and until either amended or proclamated, the membership dues to the United Court of the Rising Sun Empire will be $10.00 a year, renewed yearly. All lifetime title holders of the United Court will be granted lifetime memberships to this Court at no charge to the individuals. This proclamation is to include all past, present, and future, Monarchs, Lifetime Title Holders, and Prince and Princess Royals.

Do [sic} to the increasing demands on the United Court of the Rising Sun Empire, for support to needy individuals in our community. And to be more equal in distributing our funds to the community. The United Court from this day (October 13, 1990) forward, will not sponsor or co-sponsor for an individual any benefit, fundraiser , or show.

The United Court will add a line item to their checking account, or open a separate account which will be designated for personal requests from individuals in the community.

Benefit shows will be held to raise money for this account. Leaving in consideration Empress XIII Barb Grannis’ proclamation on benefits.

No single individual asking for assistance will receive over $300.00 from the United Court as a donation or gift from that current reign.

Any reigning Monarch hosting a personal benefit show or fundraiser, must announce at least twice during the show, that the United Court is not sponsoring the benefit. 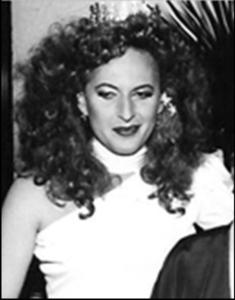